I write this guide to help those who are having issues editing Canon XF605 4K MXF/XF-AVC recordings in Premiere Pro CC smoothly. It explains a workaround to transcode Canon XF605 video to MPEG-2 codec for use in Adobe editing software with optimum performance.

Canon has unveiled a new professional 4K camcorder and a new 8K-suitable pro BCTV zoom lens. The Canon XF605 is a ‘compact’ 4K camcorder designed for solo shooters. The camera integrates a 25x optical Sony G zoom lens and an electronic variable ND filter. Compared with the canon xf705, this camera is smaller, of course, its price is cheaper. The camera records 4K UHD video at up to 60p. The XF605 records 4:2:2 10-bit in XF-AVC and MP4 formats. FHD video can be recorded at up to 120p. The camera includes Canon Log 3 and HDR. How to edit Canon XF605 4K MXF in Premiere Pro CC smoothly and without rendering? This guide will give you a best solution to solve all your problems.

Step 1: Import Canon XF605 4K MXF footage
Install and launch the best MXF Video Converter and load the recordings to the 4K Video Converter. You can play the loaded video files via the preview window.

Step 2: Select output file format
This is the key step. You need to choose the most suitable format for editing in Premiere Pro CC. Tap the Format bar and select Editing Software > Adobe Premiere MPEG-2 (*.mpg), which is the best format for Premiere Pro CC.

Choose “Settings” to set video resolution, bitrate, frame rate as you like. For getting 4K resolution, please select “Orginal” in Resolution column.

To deinterlace, crop, trim Canon XF605 4K MXF videos, click “Edit” menu. You can add 3D effects onto the loaded MXF files, then you can get 3D videos for playing on your 3D device. 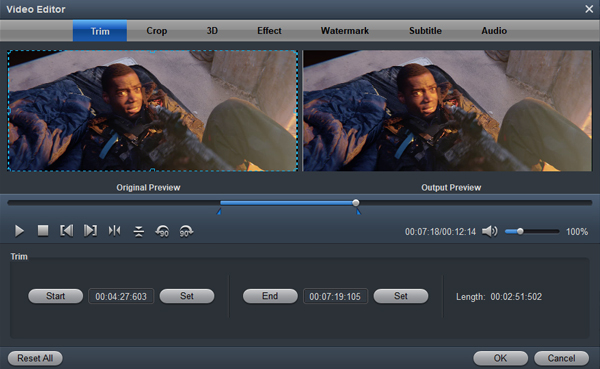